Preserving the health and beauty of our lake

Enviro Lac Gauvreau has been incorporated as a non-profit organization in the Province of Québec since 2002. As such, we are permitted to raise funds to be spent only to support the Mission of the Association. This means that every dollar of your membership goes directly to supporting lake health.

supervisor_account Board Members
Board Members
Executive
Directors at Large
Sector Representatives
We are always looking for Sector Reps. Please contact us if your area is not represented.
folder_shared Meetings (AGM Minutes & Budget Items)
Join AGM & Member Information Meetings
At least one general meeting (AGM) is organized each year. Lake residents and association members are more than welcome to attend. Agenda items are focussed around updates on ongoing projects and issues of general interest.

Would you like to attend our meetings?
Send us an email with your name and coordinates to get your electronic invitation to the general meetings and to keep abreast of the latest news concerning the lake’s environment.

9. EXPENSES
Members of the Board of Directors and Executive Committee shall not receive any remuneration for their services. Expenses legally incurred while conducting the normal business of the Association (e.g. telephoning, correspondence) may be approved for reimbursement by the Board of Directors.

10. SIGNATURES
- Cheques and other commercial documents shall be cashed, accepted, endorsed and signed by the Treasurer and one of the Co-presidents.
- Documents requiring the signature of the Association may be signed by the Co-Presidents, another member of the Board of Directors so designated by the Board, or by one of the Co-Presidents alone, if so designated to do so in any specific instance by the Board of Directors.
11. AMENDMENTS
- Amendments to these by-laws or to any Association by-law shall be proposed in writing by the Board of Directors or by 10 members in good standing to the Secretary and approved by a vote of not less than two-thirds of the members in good standing present at a meeting duly convened by the Board of Directors.
- A copy of the proposed amendments must be posted to all members of the Association at least 10 days before the date of the special or general meeting at which they are to be presented for a vote.
12. BUDGETARY YEAR AND FINANCIAL REPORT
The budgetary year of the association must be determined at the annual General Meeting A financial report shall be presented at the Annual General Meeting of the Association.
> Click here for PDF version of Constitution

BACK TO TOP OF THIS SECTION

Contact any of the association’s Executive or Board of Directors via email at: enviro.gauvreau@gmail.com 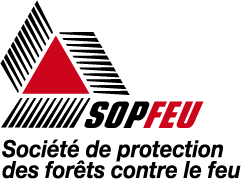